This past weekend, I had the opportunity to finally witness some of the most exquisite machines to have ever left Maranello, in action at none other than the world famous Mazda Raceway at Laguna Seca in Monterey, California. After drooling over these cars over the internet for most of my teenage years, I finally had an opportunity to have some face to face time, and really get to see why these cars are even more special than I had originally imagined.

On display and exhibition was Ferrari’s entire line of modern era race cars, including 6 different Formula One cars. Two of the most exciting cars in attendance were the championship clinching F2001 and F2004 of Michael Schumacher, a Rubens Barichello driven and also championship winning F2003, a Jacky Ickx driven 312B, Gerhard Berger's F189 which introduced the paddle-shift gearbox to F1, and a Ferrari F2007 that would later go on to win the championship in the hands on Finnish racing sensation, Kimi Raikkonen.

If you could bring yourself to break the hypnotism that an F1 car generates, you'd immediately notice that they weren't the only jewels present in the crown that was the Laguna Seca Paddock. It might be a bit hard to process anything else around you when you have an F2004 blowing fumes and flames inches from your face, but directly to the right of the F1 garage, was the FXX/599XX garage that held an even more staggering presence in numbers. Although there were only 3 FXX's present...(yes, I laughed a little too), there were more 599XX's than I cared to count, so I'll let the pictures do the talking....

A massive thank you to friend & F1 driver Robert "Bud" Moeller for letting me get up close and personal with these otherwise untouchable machines! 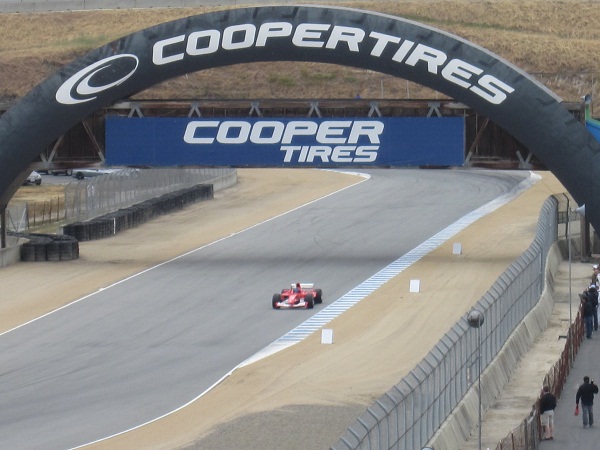 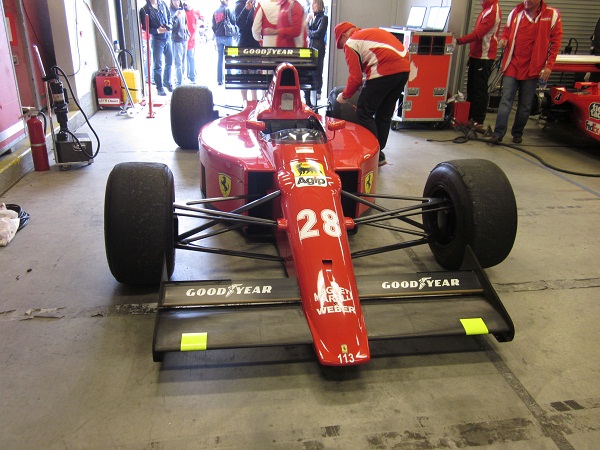 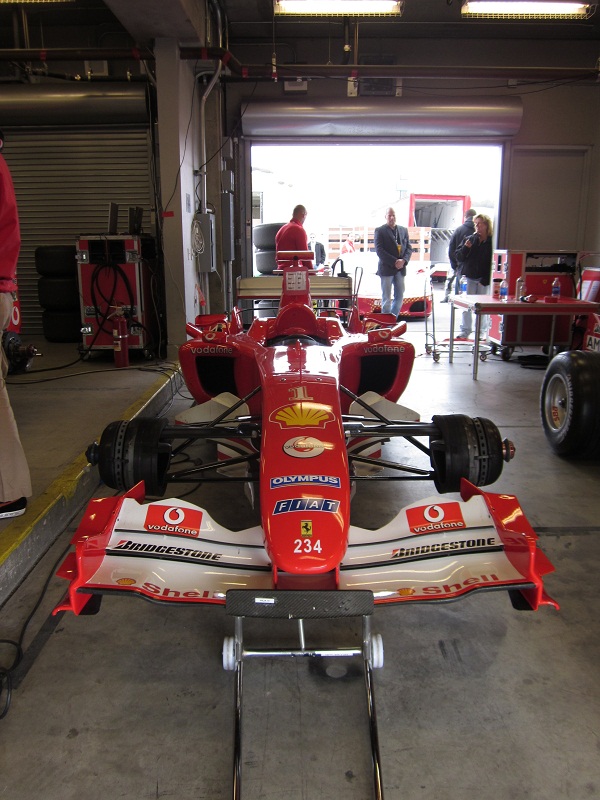 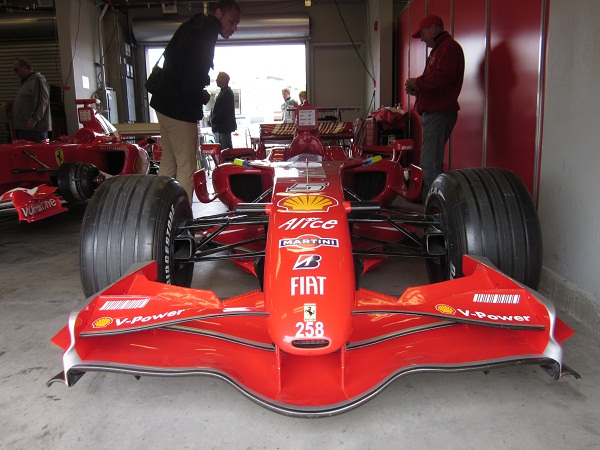 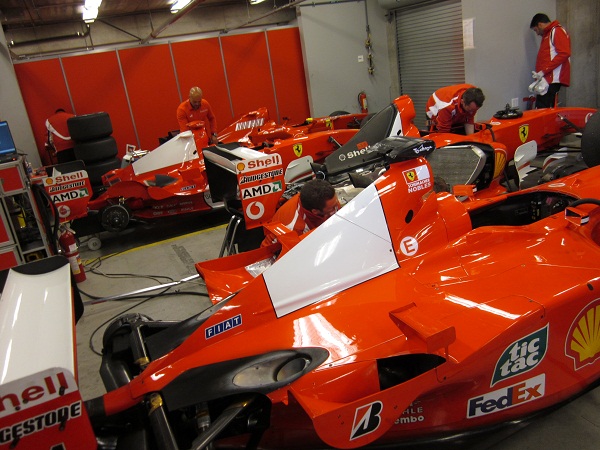 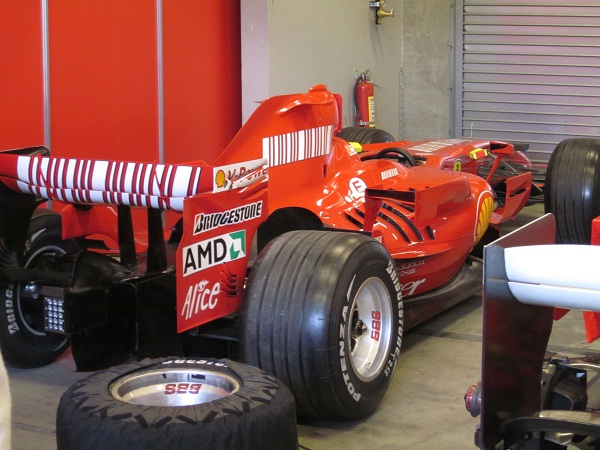 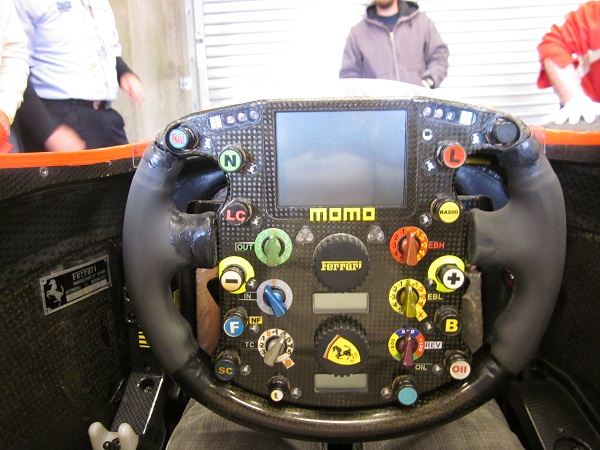 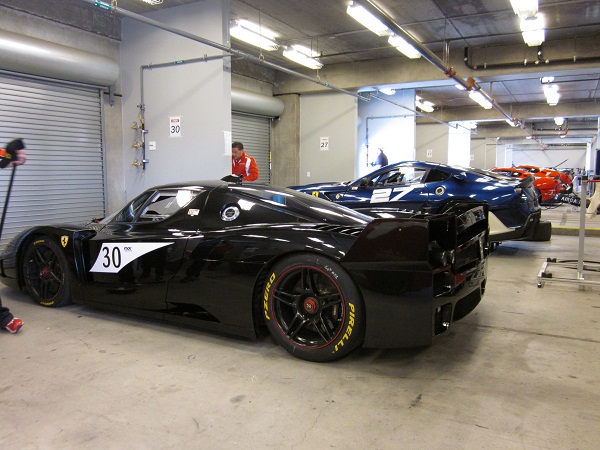 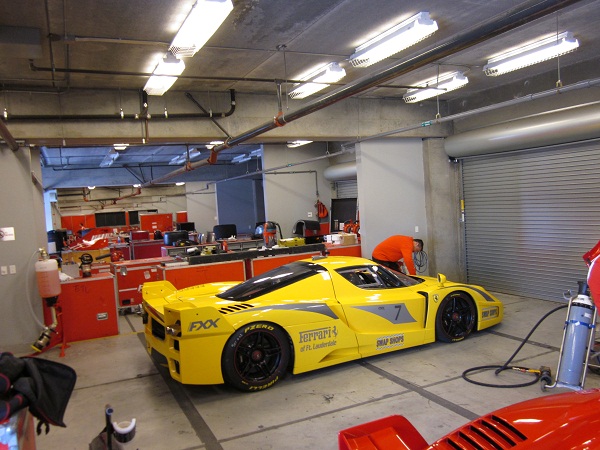 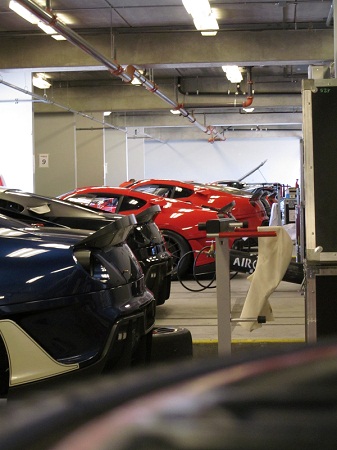 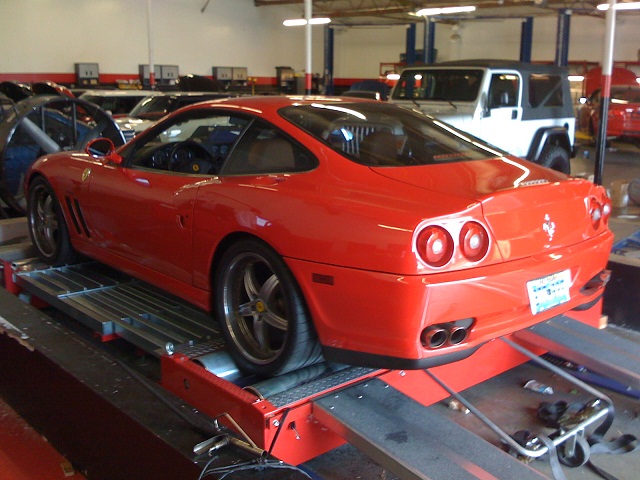 Here is a Ferrari F575M that was dyno tuned by OE. What a fantastic car, front engine V12, Red on Tan. The car came in with a custom exhaust with catalysts deleted, running CA91 pump gas. The results were great with a peak gain of +30whp. As you can see from the dynograph screen shot the baseline pull was the pink run. The Green run was after a cool down and yielded higher gains through the low end and mid-range. The Red run represents how the car runs when the coolant and oil temps are slightly higher than seen when daily driving. 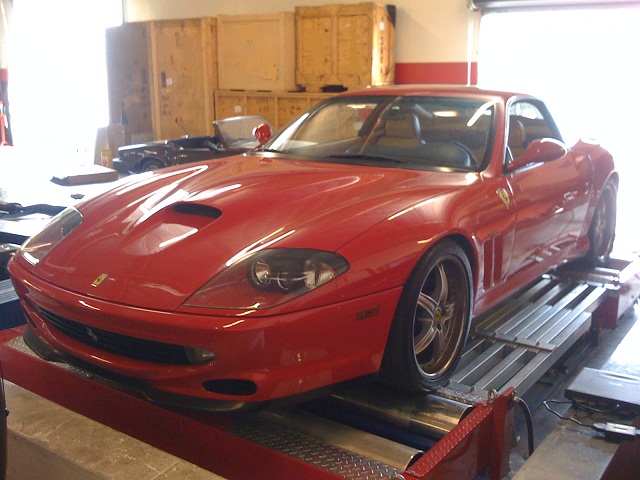 Here are the results from dyno testing a Ferrari F430, tuned by OE Tuning. The car came in running CA91 octane pump gas with no modifications. The gains in performance were fantastic after the ecu tune. An extra +22 wheel Horsepower was made on the dyno with the ecu tune when compared to the baseline pull. With noticable gains in horsepower and torque made through out the entire rpm range.

First on road driving impressions by the owner:  "OMG...... I did not realize that there was so much more power left on the table by the manufacturer. WOW!"
This is a fantastic set-up that will suit everyone from the track warrior to the enthusiast wanting a little more on the street.

Below are the results from tuning the same Ferrari F430 with the addition of cat-less RACE headers and valved exhaust. The baseline (Purple) represents the vehicle with no ECU tune (ECU Tune removed) with exhaust added. The vehicle was then tuned and run again, represented by the Pink plot. All runs were made with exhaust valves open. In conclusion, the Ferrari F430 was capable of making stronger power (more than +30wHp) with the OE tuning ECU Tune through the entire RPM range with the addition of an exhaust, resulting in the engine breathing easier.

For more information about products available for Ferrari, please contact +1 818-574-5075 or sales@oetuning.com .

This error message is only visible to WordPress admins